The kick-off meeting for the Shift2Rail JU funded project, TER4RAIL, was held at UITP headquarters in Brussels on 5 December 2018.

TER4RAIL (Transversal Exploratory Research Activities for Railway) is a €0.5 million project led by EURNEX in collaboration with six other European partners from the UK, France, Belgium, Spain and Germany, namely: the Association of the European Rail Industry (UNIFE), the International Union of Railways (UIC), the University of Newcastle upon Tyne, the International Association of Public Transport (UITP) , New Opera, and the Spanish Railways Foundation (FFE).

The main goal of this two-year project is to select and summarise information regarding the future of the railways in order to transmit it in an improved, consolidated, clear and understandable manner. TER4RAIL’s ambition is to be the Coordination and Support Action project of reference for the evolution of the railways.

Ms Léa Paties, Shift2Rail JU programme manager, gave the welcome address on behalf of Ms Monique van Wortel, TER4RAIL project officer, and highlighted the high expectations on the part of the Shift2Rail JU for this project.

Mr Armando Carillo Zanuy, coordinator of the project, presented the context of the project and its main objectives, addressing the importance of the results for the future of the railway sector.

As stated in the rail sector’s European Railway Research Advisory Council’s (ERRAC) ‘Rail 2050 Vision’ published in December 2017, TER4RAIL considers the railways as the backbone of future European mobility. Therefore, TER4RAIL must put forward strong arguments in support of the role of this essential system. To that end, data analysis and statistical reporting will be conducted within the scope of the project.

The work performed within TER4RAIL will be communicated to the transport community by all of its partners and in liaison with the Shift2Rail JU.

This project has received funding from the Shift2Rail JU under the European Union’s Horizon 2020 research and innovation programme, under Grant Agreement 826055. 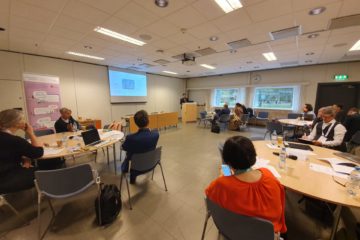 Workshop on urban scenarios 2050 at the UITP Summit in Stockholm 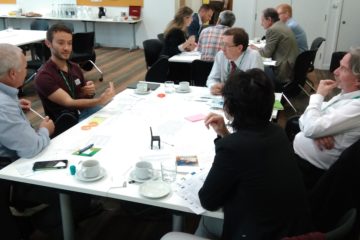 On 28 June the TER4RAIL project partners organised a one-day World Café in London, with 30 high-level transport related experts in order to create an understanding of system thinking. Armando Carrillo Zanuy (coordinator of the Read more… 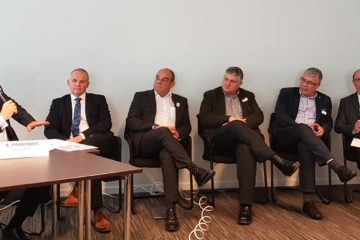 The ERRAC plenary was held in the premises of the Shift2Rail JU in Brussels on 21 March 2019. The meeting was attended by more than 80 participants representing most of the main European operators, manufacturers Read more…